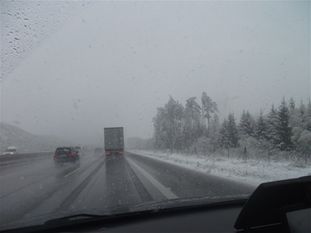 We knew that the first part of our journey to Croatia might be a bit cool, but we never expected the weather that followed us for the first week of our journey. First though, the boring bits.