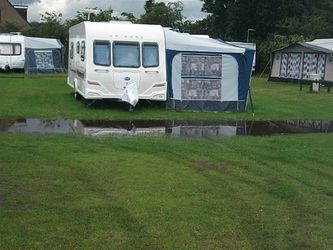 We had just over a month in the UK, time enough to get the caravan serviced with our old friends at M.G.Caravans at Todmorden, for Lesley to have some girly time in the Oxford shops with Helen and for me to have some lads time with my mates exploring the railways and Wetherspoons of England's North-East. We also spent time with my mum, who had just moved into a home and promptly broke her ankle, with Michael and Nicole, and their cats while they went to the Beatherder festival, and our old friend from Uni, Maggie in Bristol.

The most memorable part of the break was the weather.  It rained and rained and rained.  Several of the sites we had hoped to stay  at were closed because of flooding, and some were open anyway in spite of being under water.  Lesley and Helen, out on a walk near Oxford, found mud so deep they had to take off shoes and socks and roll up their jeans to cross the field to the nearest pub. A landslide on the East Coast main line meant that John and the lads were stranded overnight in Edinburgh.  Worst of all was the devastation we witnessed as we drove up the Calder Valley to Todmorden, seeing shops and houses flooded out in Hebden Bridge.

It was small consolation to know that the weather had been as bad across northern Europe. 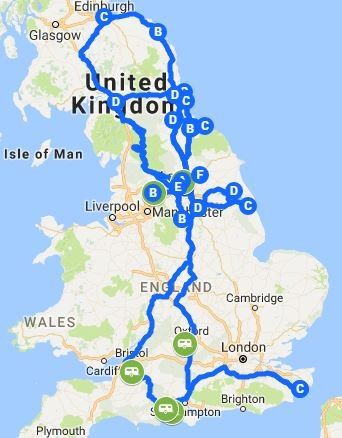 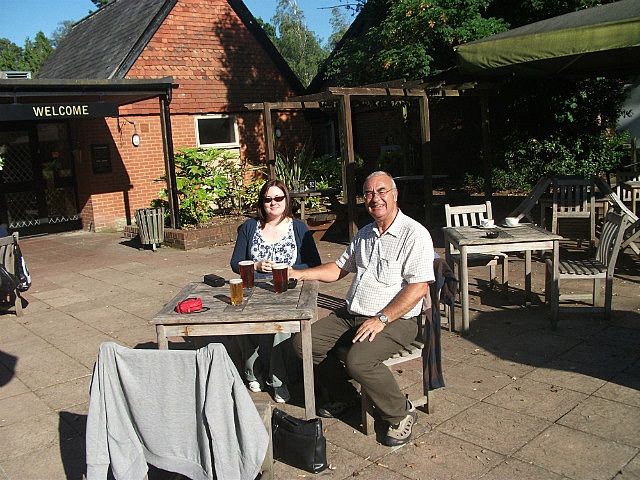 Enjoying an English beer with Helen 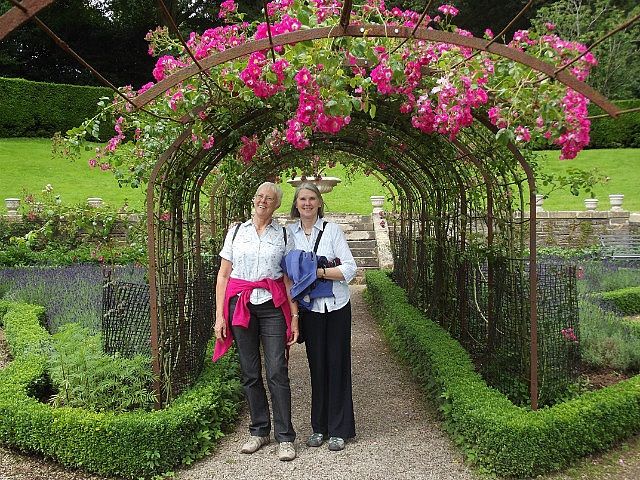 At Tyntesfield with Maggie