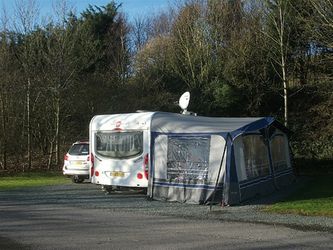 We’ve not actually left the country yet, but before our travel blog starts in earnest here is a brief rundown of the background and preparations for our adventure.Ever since our last big trip in 2008/9 we’ve thought about doing another one, but first we wanted to spend time settling into Seaford and enjoying everything the area has to offer.  We also felt it wasn’t fair to leave our dear old cats again.  Stimpy and Queenie had settled down happily to their new life, although as time went on it was obvious that age was beginning to take its toll.  We couldn’t contemplate causing them upheaval in their twilight years.  Sadly, Queenie died in April of this year, followed in September by Stimpy.  We shed many tears over their passing but realised we were now free to take to the road again, while we still had our health – after all, who knows what the future holds.   The big problem was what to do with the house. To leave it empty and untended for a year was not a good idea, but we had no family near enough to pop in and check that everything was ok.  We couldn’t expect friends and neighbours, kind though they are, to undertake such a commitment for a whole year, nor could we afford a professional house-sitter. So we resolved to rent the house out, after thorough research into the pros and cons.  As most tenants in this area want to rent unfurnished, this would involve putting our furniture into store.  The rental income would cover the expense, with some left over, and the house and garden would be looked after.  Ok, so there’s a slight risk involved, but we decided to go for it anyway. We thought it would take a while to find a tenant, but to our amazement we immediately hadthree interested parties. This was a shock – things were moving faster than expected.  We would have to move out soon after Christmas!  Soon we were immersed in a whirlwind of preparation – sorting out storage, having a clear-out of unwanted items, planning an itinerary, packing up, not to mention the normal preparations for Christmas.  To be honest it was a lot more stressful than we anticipated but, to cut a long story short, we moved out of the house on January 2 and spent the next week in the caravan in Sheepcote Valley Campsite in Brighton, returning to the house daily to finish packing and clearing up.  We were incredibly lucky with the weather.  In mid- December it turned wet and wild, with gale-force winds as moving day approached. But  miraculously it was dry, sunny and calm the day we took the caravan to Brighton and we were able to get the awning set up before the rain and wind started again later in the day.  Again we had a lucky break on the 4th, the day the removal van came to take our furniture into storage, when the morning and early afternoon were fine. Wind buffeted the caravan, rain hammered on the roof but we were cosy inside, though at times the trips to the shower block involved a mad dash to avoid a soaking!  After all the hectic preparations, it’s so relaxing to sit in the van and watch the squirrels and rabbits that inhabit the site in large numbers.  We always seem to sleep more soundly in the caravan, too.  So now we’re physically and mentally prepared and looking forward to our journey, which starts tomorrow.

We saw the title for this blog on the back of a motor-home at Sheepcote Valley Caravan Club site and thought that it summed things up in a nutshell. Many thanks to the unknown owner of the motor-home. 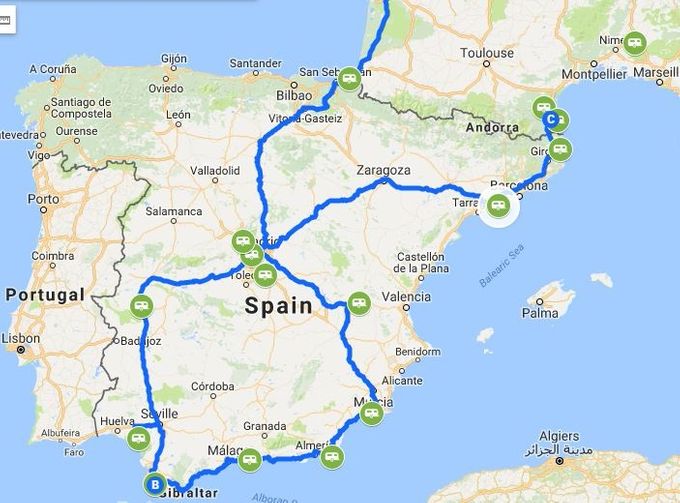 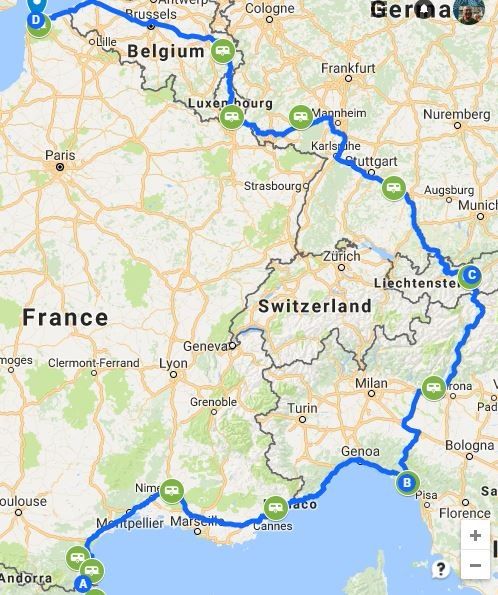