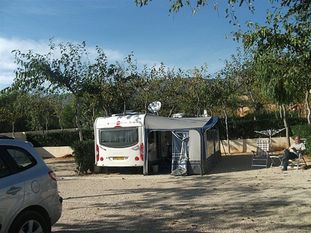 The cathedral itself is mainly Gothic, 14th & 15th Century, with later additions.  There are pictures by Goya, and the overall impression is of magnificent opulence. Just outside the main cathedral is the Chapter house, now the Capilla de Santo Caliz.  Behind the altar, in the centre of a set of reliefs by Poggibonsi, is the Holy Grail.  Yes, your actual Holy Grail, which King Arthur’s knights, Crusaders and even Monty Python had failed to find.  Surely they would have known it was here all along.  This 1st century agate cup,taken to Rome by St Peter, brought to Spain for safety during the 3rd century, is claimed to be the actual cup used by Christ to drink wine at the Last Supper and offer the first communion.After the cathedral we wandered the streets some more, past the Lonja, the 15th century Silk Exchange, built in the Flamboyant Gothic style, to the central Market, an amazing stone and glass Modernista fabrication, where we browsed the stalls with watering mouths.   Which reminded us, lunchtime!  After lunch we walked up to the north end of the city to see the Torres de Serranos, the old city gateway.  Here there is a wide valley sweeping round the city where the river Turia used to flow.  The river was diverted in 1957 after yet another flood and the valley is now a park, with cycle paths, sports fields and lush gardens.  Imagine doing that in York!  At the southern end of this parkland lies the Ciutat de les Arts i les Ciencies, Valencia’s huge science park.  We walked back to the Plaza del Ayuntamiento and took the bus out to this.The 420,000 square yard science park is a collection of ultra modern steel and glass structures set around an artificial canal.  At one end is a huge concert hall, at the other Europe’s largest maritime and sea life museum, with tropical and polar settings, lakes, underwater glass tunnels and everything you would expect.  Between these is a science museum and an exhibition hall.   Just beyond is Valencia’s Grand Prix circuit.  It all sounds amazing, and it really is an architectural masterpiece, but when we visited there was hardly anyone else there.

Many people in Valencia Province regard the park as a huge white elephant, one of the main reasons the province is bankrupt.  As an indication of how bankrupt the province is, pharmacies have not been reimbursed for prescriptions dispensed for four months now.  Many are struggling and most are not able to re-order drugs.  Most are on strike three days a week and are refusing to dispense prescriptions unless paid for in full.  There is a shortage of important drugs such as insulin.  But that is digressing.Back in the city we sat with a beer while I phoned the garage to see how things were going.  They told me that they had not had time to change the cam belt and there were some things they needed to discuss when I got there.  It would be ready in 45 minutes.  So back to the metro, round the back of the shopping centre, a quick call at the supermarket and into the garage.  First things first, we did not have time to change the cam belt but here is a written estimate of what we would charge if you brought it back.  Secondly you need to change all four tyres as a matter of extreme urgency.  Thirdly the heat sensor in the exhaust catalyst is not working, but we did not have the part.  And here is your bill for what we did do, €800 plus.  Gulp.  So it was off to the Spanish equivalent of KwikFit to see about tyres.  The law in Spain is that all four tyres must be the same make and specification.  It is ok to come into the country with a foreign registered car with tyres that conform to their own country’s rule: in the UK tyres on the back axle must match and tyres on the front axle must match, so it is possible to juggle around. However if you change tyres here it must be in accordance with their laws, so I had to have four tyres, even though two of the existing tyres were still good enough to pass a UK MOT. Now I am as bankrupt as Spain.I phoned my Hyundai dealer in Seaford to discuss the cam belt situation.  He was surprised.  The cam belt change is at 100,000 miles or 6 years, so it was not due anyway.  As it happens the price quoted me was about right.  So the car is now booked in to Seaford for its MOT when we come back for Christmas and Mark will check it over then.  I suppose doing 17,000 miles in a year, much of it fully loaded and towing nearly two tons of caravan, would take its toll.So we found the Holy Grail campsite, and even the Holy Grail itself!  Read the next exciting episode for an account of the other places we’ve visited while staying at Ribamar.