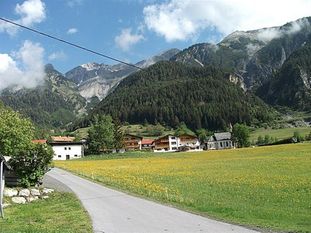 On this trip we decided to use the Channel Tunnel instead of a ferry, paying for our ticket with those very useful Tesco vouchers. As our crossing was booked for 7.50 am on Wednesday May 18 we left home on Tuesday afternoon and spent the night at the Black Horse Farm campsite at Densole, near Folkstone, which is very conveniently organised for cross-channel travellers, having a separate area for late arrivals/early departures.  It's a pleasant site, with a population of friendly rabbits and melodious birds.  Not so melodious, however, when they woke us up at five in the morning, but we needed to be up early anyway!  After weeks of no rain and unseasonably warm weather, it was a little dispiriting to wake on the first morning of our holiday to chilly drizzle.

However, some good food and cheap wine (2 bottles for 5 euros!) cheered us up and we settled down for the night in our cosy tin tent, which is now in its fourteenth country (unless you count England, Wales and Scotland, in which case the tally is 17!)